A report released by the Confederation of African Football has shown that subjectivity and corruption are still rife in the controversial decision to award a penalty during Saturday’s Africa Cup of Nations qualifier clash between Burkina Faso and Ghana.

The “african nations championship” is a football tournament that is held every two years in Africa. The AFCON has seen some controversies and concerns with the refereeing. 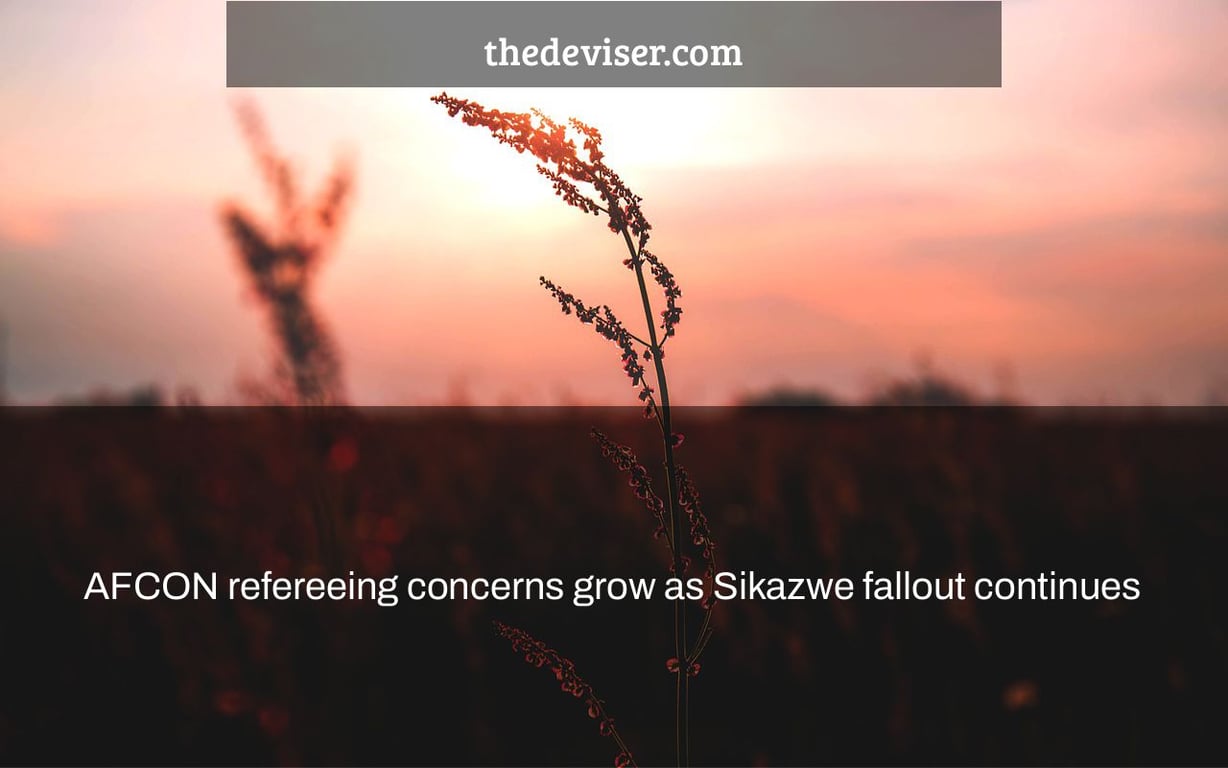 Coaches and players competing in Cameroon’s Africa Cup of Nations have urged referees to utilize VAR more effectively and avoid the expensive blunders that marred Mali’s 1-0 victory over Tunisia on Wednesday.

Despite the Confederation of African Football’s explanation that referee Janny Sikazwe was suffering from “heat stroke and extreme dehydration” after his string of blunders overshadowed Mali’s victory, skepticism about the continent’s officials continues.

“I typically don’t comment about officiating because it’s not my way,” Ghana coach Milovan Rajevac told ESPN. “But there was a lot of controversy and the entire world is talking about this.”

“I believe this [bad refereeing] is becoming a concern, especially after what occurred [with Sikazwe].”

“I’m hoping that the officiating will be less contentious and more equitable in the following days of the tournament.”

READ: AFCON: Everything You Need to Know

At the end of the game, Sikazwe was besieged by disgruntled Tunisian officials, but the 1-0 Mali victory remains as the Carthage Eagles declined an offer from CAF to repeat the closing minutes of the game.

Sikazwe was eventually rushed to hospital after seeming to lose concentration in the last phases of the match, but the incident has harmed the continent’s authorities’ reputation.

“I hope [CAF] can solve whatever has been happening on because little faults may cause enormous problems for individuals and teams,” Ghana striker Richmond Boakye told ESPN.

“They’re human, and they can make errors, but a bad choice can send a team home, while a good one can send a team to the final — they have to make the right judgments, because once you make a decision, you can’t alter it.”

For the first time in the competition, the Video Assistant Referee has assisted officials in correcting several originally wrong rulings, most notably in the first match, when VAR awarded Cameroon a penalty after a blatant foul by Burkina Faso’s Bertrand Traore.

Sikazwe, on the other hand, chose to disregard VAR recommendations in order to overturn a red card he had given to El Bilal Toure, causing disquiet among Mali’s players.

Bertrand Traore of Burkina Faso earned a penalty for Cameroon, which the VAR system concluded was not a PK following the on-field decision. NurPhoto/Ulrik Pedersen via Getty Images

Several AFCON competitors are worried about how technology will be utilized throughout the tournament.

“Even when we looked at our match against Mali, there was a possible penalty for us at the conclusion of the first half,” Rajevac said, “but VAR didn’t care to verify, and there were many dubious decisions.”

“I complimented the officials after the game — they’re people, and they’re bound to make mistakes — but with VAR, the amount of errors should be reduced.”

“It must be utilized wisely, and we hope that it will increase the game’s quality and level of fairness. These kinds of errors shouldn’t happen as often as they do.”

The larger fear for Gabonese defender Johann Obiang is that the storm surrounding Sikazwe, as well as the refereeing, would distract from the quality and enjoyment on display at the AFCON.

“We are upset by this,” he told ESPN. “We know this sport is watched by everyone, so having this sort of [refereeing] performance makes us unhappy.”

“We can say that’s simply a mistake that occurs; all referees make errors, and you can’t criminalize what occurred and treat it as if it were the worst mistake ever.”

“However, we just hope that such faults guarantee that things go more or less regularly in the future.”