Joe Biden has chosen career diplomat Michael Ratney to be the next US ambassador to Saudi Arabia. He was previously a special advisor on Iran and Iraq at the National Security Council, where he led counterterrorism efforts following 9/11. 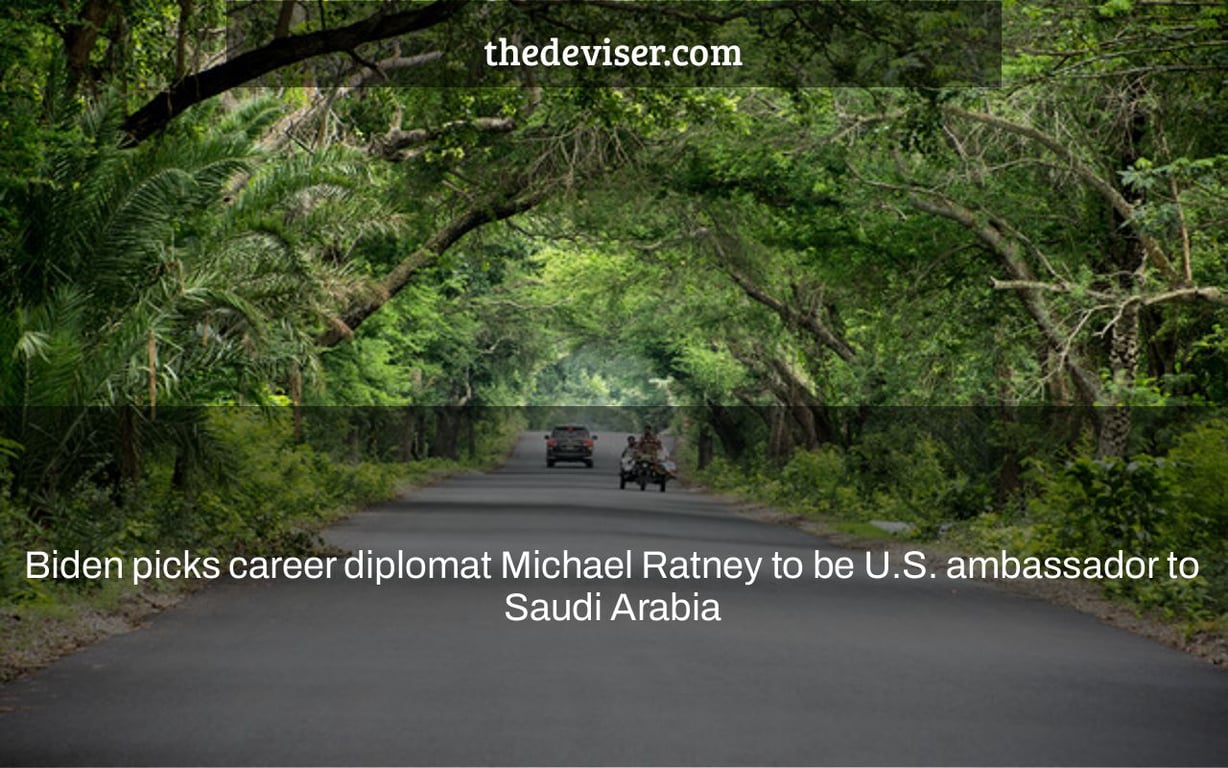 According to a White House statement issued on April 22, President Joe Biden has picked career diplomat Michael Ratney to be the new US ambassador to Saudi Arabia.

Ratney’s appointment comes little over a month after The Guardian reported that US-Saudi ties had reached a “unprecedented low.” According to the article, Saudi Arabia and the United Arab Emirates (UAE) have declined to assist Biden in dealing with one of the consequences of the Ukraine conflict: rising oil prices. According to the paper’s Middle East reporter Martin Chulov, both Arab countries had been “unusually forthright in their reluctance to pitch in” and had even refused to answer phone calls from Biden.

Ratney also served as the United States’ Special Envoy for Syria and as the Deputy Chief of Mission at the US Embassy in Doha, Qatar, according to the White House. The White House website has a statement announcing Biden’s appointment of Ratney.

A diplomat with a’soft-spoken’ demeanor.

“Mr Ratney is recognized for his soft-spoken and diplomatic way to dealing with complex policy challenges,” said Joyce Karam, a George Washington University adjunct professor. She wrote in The National that Biden had waited more than a year to choose an ambassador to Saudi Arabia.

“The diplomatic vacuum in Saudi Arabia has contributed to the kingdom’s increasing isolation from the Biden administration,” she added.

Ratney, according to former US ambassador to Yemen Gerald Feierstein, is “very well suited for the post (and) can bring strong diplomatic talents to the table to assist resolve some of the relationship’s issues.”

President Joe Biden has nominated Michael Ratney, a career diplomat, to be Ambassador to Saudi Arabia. Arabic speaker with experience in Jerusalem, Baghdad, and Beirut… https://t.co/zsKNWT8TqS

Saudi Arabia will receive its first professional diplomat as ambassador to the United States in 30 years.

Ratney would be the first professional diplomat to serve as US ambassador unless the Senate rejects his nomination.

Gulf News said that this is the first time a Saudi ambassador has been appointed in 30 years. Saudis, according to Feierstein, want “a political appointment with connections to the president.”

Human rights violations in Saudi Arabia have strained ties with the United States.

Saudi human rights violations, according to The Hill, have soured ties between the two countries.

According to the news agency, Biden committed to make Saudi Crown Prince Mohammed bin Salman accountable for the murder of writer Jamal Khashoggi.

Saudi Arabia has also been chastised for its recent announcement that four Uyghurs will be deported to China against their choice. Amnesty International stated on its website on April 13 that the four had been notified that they would be flying out of Saudi Arabia that night to China. A 13-year-old child and her mother were among those deported, according to Amnesty International. The Uyghurs should not be sent to “a region where they may risk persecution,” according to the human rights group.

This 13-year-old girl is one of four Uyghurs facing deportation to China; Saudi Arabia must not return them to a country where they risk persecution. twitter.com/FKfidXAynH

On March 28, Mohammed Alyahya wrote in The Jerusalem Post, “The Saudi-US relationship is in the throes of a crisis.”

The former editor of Al Arabiya English, who was trained in the United States, blamed the nuclear agreement with Iran for the deterioration of US-Saudi ties.

According to Steve Chapman of the Chicago Tribune, the arrangement was struck by Barack Obama and then canceled by Donald Trump. Chapman urged Biden to engage with the Iranians for the agreement’s reinstatement. The accord, Alyahya claimed, has provided “a road for Iran to a nuclear weapon.”

DISCLAIMER: ALL RIGHTS ARE RESERVED

Windows 10 Won’t Sleep? Here is how to Fix it