Every season seems to bring some…interesting quotes from college football coaches, players and fans. Here are a few of the best coming in 2021. 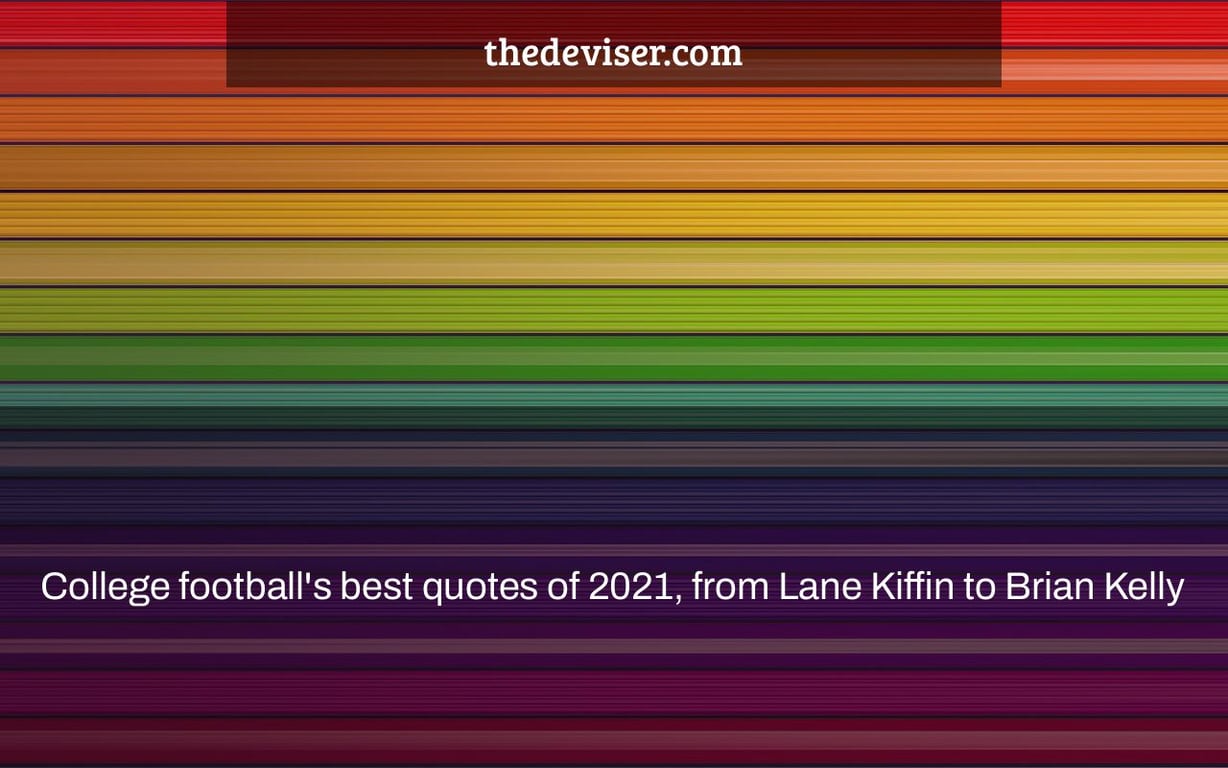 Isn’t it true that the whole season went pretty much as planned?

No. 1 in the AP preseason poll Alabama, as well as Georgia, who was ranked fifth, are both in the College Football Playoff. Then there’s Michigan, and then there’s Cincinnati.

Texas and Oklahoma, two of college football’s greatest names, have announced their departure from the Big 12 and joining the SEC. A record amount of rated teams lost this season. Then there were massive coaching changes, as well as massive contracts, all over the place.

Let’s take a look back at all of college football’s twists and turns through the eyes of those who saw them firsthand.

“We’ll keep coming back, and everyone may continue to say Notre Dame isn’t good enough. What’s more, you know what? You’re going to have a problem because we’re going to keep winning games, coming back here, and breaking through. Then I’ll be a nightmare to be around at a news conference with. Terrible.” After a College Football Playoff defeat to Alabama on Jan. 1, Coach Brian Kelly was irritated by reporters’ queries regarding Notre Dame’s 0-7 record in BCS or New Year’s Six games since 1988.

“I don’t believe it will take us as long as many people believe. We have a young, talented roster. I believe we’ll be able to employ a fantastic coaching staff…. There will be no brakes on this job. We’ll obtain it by laying down on the hammer.” At his first news conference on Jan. 12, Texas coach Steve Sarkisian said this.

Win up to $1 million in addition to other prizes if your bowl choices are flawless! Make your selections

“When you run out of gas, you don’t need brakes.” Before 4-7 Texas’ last game of the season, against Kansas State, said Fox commentator (and current interim Oklahoma coach) Bob Stoops.

“I’ve never coached in front of a crowd before. As a result, that will be intriguing. Every game, I tell you, this is where my mind would play tricks on me. Every game, I’d sprint out of the tunnel, all wound up and enthusiastic. The smoke would clear… they were always the dreaded cardboard fans.” — Boston College coach Jeff Hafley on having fans in stadiums again this year, at ACC media days.

“When they lined up like that, almost half of our game plan went out the window.” — Nebraska coach Scott Frost on his offense, which will face Illinois in Bret Bielema’s first college football game since 2017.

“Was it true that I was holding back tears? No, I was simply hot and bothered.” — Bielema, when asked whether he felt emotional after returning to the sidelines.

“We believed Michigan was a superior team than Michigan State and deserved to be placed higher.” — Gary Barta, chairman of the CFP committee, on Nov. 9, after the Wolverines’ 37-33 loss to the Spartans on Oct. 30.