Shanghai is a city of dreams. It’s also one of the world’s most expensive cities, with rent prices that have been compared to Hong Kong and New York City. With its name being synonymous with hope, Shanghai has seen many people come in search not only for opportunity but refuge as well. 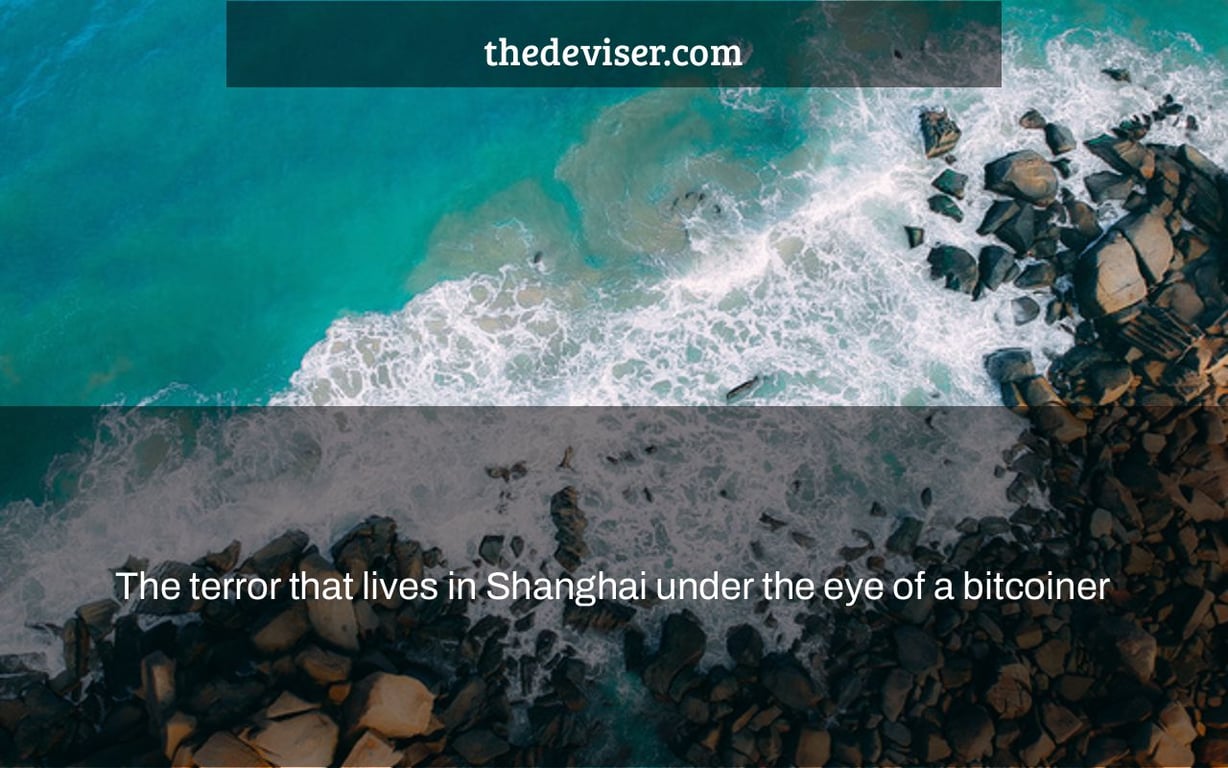 Under the watchful eye of a bitcoiner, Shanghai is a terrifying place.

Certain countries have used the COVID-19 outbreak as a reason to tighten regulations.

A battle rages throughout the globe between those who want greater power and others who want it decentralized.

How does it feel to wake up in a desolate city, where people hide in their homes for fear of being apprehended by the health police? This would have been the storyline of a science fiction film or book three years ago, but it is now only a recollection of the COVID-19 pandemic experiences we’ve experienced since the early months of 2020. Worse, it is the everyday routine of over 20 million people in Shanghai, China’s largest metropolis, where you are subjected to the world’s toughest quarantine.

That is why I want to speak about Shanghai today: a city where fear and human anguish crystallized for a month in front of the scared eyes of social media users who followed the event. And I bring this up because it seems to me that the awe that this city has engendered among the world’s population, where thousands of starving people are demanding their most fundamental rights, is insufficient. A number of severe measures have been enacted to minimize COVID-19 instances by prohibiting unrestricted mobility across the city.

What happened to us to make us so desensitized? When I observe how few people are shocked by the present situation in China, it makes me wonder. We absorb other people’s suffering as if it were a new Netflix show. Distant, quiet, feeling protected while eating junk food and ingesting all that violence without digesting it. Some argue that humans have always been this way: sensationalist and insensitive at the same time. “I don’t care whether something isn’t new or if it doesn’t happen to me,” seems to be the slogan.

Because the internet enables us to access the sorrow of others in real time and we ingest photos, after images, of conflict and death, the issue seems to be more contentious today. So there’s nothing new here. Neither a mother’s lament for her fevered kid, nor a suicide who couldn’t endure the captivity, nor a whole town pleading for mercy. To put that in perspective, many people have already forgotten that Ukraine is being invaded and that hundreds of children are still dying in their homes. And what about the Chinese? China is too far away for me to feel its pain, which is the same logic that led us to believe COVID-19 would never reach us.

What “the insensitive” and “carefree” fail to see is that we are dealing with a different form of insidious virus that has been trying for millennia to eradicate human rights, and we have allowed it to succeed. It’s the virusauthoritarianism, which is all about power and control. That has been under its yoke for far too many generations, and with the emergence of a more computerized society, it intends to strengthen itself to previously unimaginable proportions. This is the evil that afflicts Shanghai’s residents and confines them to their houses, but it’s also the evil that haunts our families and communities.

Shanghai is an example of a place that requires special attention.

Because this infection is spreading over the globe with increasing power, I believe it is important to discuss Shanghai, particularly from a bitcoiner perspective. I’m not going to speak about Bitcoin being the most censorship-resistant money or all of the advantages it brings in terms of financial decentralization, but rather about the values that underpin this cryptocurrency and encourage more people to join it. their neighborhood Yes, I’m referring about freedom, privacy, and collective power.

It’s becoming more clear to me that we have to live in a period when a struggle of forces is raging for our power to choose the destiny of our freedom as citizens. What exactly do I mean? I see governments determined to wield increasing amounts of control over their population, such as the Chinese government, Canada, or Russia itself —I can’t leave out the US and Europe, therefore they get an honorable mention—. As a result, they suggest measures to track where our money is spent, who we support, where we go, and even who we meet. That is, they bank on learning more and more about our personal lives and making decisions based on it.

This is exactly what is going on in Shanghai right now. Restrictions are established so that you can travel about the city, purchase medications, speak with neighbors, and even leave your own house, based on the belief that enforcing a stringent and regulated quarantine is “scientifically” more successful (in the words of the Chinese popular party). This has already occurred in Europe and Latin America, but in China, social control has reached unprecedented heights.

I’ve never disagreed with social distance; obviously, we could self-quarantine to protect the most vulnerable, and this was part of our societal responsibilities. However, I cannot accept that dogs are slaughtered, parents and children are separated, and whole buildings are kidnapped and turned into temporary hospitals in the name of removing a large number of infected individuals. A life-saving intervention does not have to be painful for a whole community that has been without basic services for over a month.

People who did not have medications, medical care, or food are read sad testimony in this fashion because the Chinese government believed that reducing the COVID-19 metrics was more essential than fundamental human rights. Persons cease to be people in order to become figures. And it is there that one can see how choices are made not to protect the people, but to keep it submissive and under control.

The line between freedom and submission is razor-thin, and it is always being pushed by the government of the day (from nations like China) that wants to meddle in individuals’ private lives in order to maintain control indefinitely. The lives of hundreds of individuals and the rights of millions cannot be worth the power of a state. Year after year, century after century, this has been the world’s history.

So, why do I believe there is a war going on rather than the establishment of an old government model? Because I think there is public opposition to these dictatorial programs. Humans also claim freedom as their most fundamental right because they believe they are deserving of it. It is becoming more difficult to demobilize people’ voices and unhappiness in an increasingly globalized society with instant Internet access.

Bitcoin is born and grows in this setting. But bitcoin is more than just a money; it is also a philosophy, a way of thinking and living. The ideas of Bitcoin symbolize the polar opposite of dictatorship, restoring people’ control over their income and, as a result, the fate of their kids. Citizens are increasingly calling for more privacy, freedom, and representational authority quotas. People understand that if they are organized, they, too, can be a force to be reckoned with, and Bitcoin exemplifies the beauty of that system.

That is why discussing Shanghai is so essential, because it reminds us that being a part of this ecosystem and this piece of history… also means fighting for individual liberties. Strengthen the individual so that the community may be empowered. Bitcoin is a game-changing technology and concept because it directly opposes and challenges power abuses. And we must continue to tug the strings, whether as bitcoiners or simply as citizens, demanding and protecting what is rightfully ours by birth.

Shanghai serves as a reminder that the fight is going on and that the strong will not stop biting to maintain what they have. Let us not allow this to happen because we are insensitive or indifferent, for the authoritarian virus might infect our homes tomorrow.

Disclaimer: The author’s thoughts and opinions in this post are his or her own and do not necessarily represent LogitechGamingSoftware’s.

X bold predictions for Game 4 vs. Timberwolves after epic comeback

How to uninstall greyed out Windows 10 apps